The Battle to Demand a Better Hospital 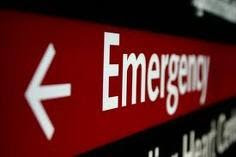 Every year, the Henry Mayo Medical Staff has a duty to elect physicians to their Medical Executive Committee (MEC). This election took place in early December and was the most contentious battle in my 23 years on Staff.
Unsubstantiated and unwritten allegations of previous voting impropriety were made by CEO, Roger Seaver, in an apparent attempt by Administration to affect the outcome of this election. Even the hospital Board of Directors, which was handpicked by Mr. Seaver, passed a “resolution” to appoint a retired Judge to oversee the election proceedings.
The Henry Mayo Medical Staff, as at any hospital in California, is an autonomous organization which has legal, ethical, and fiduciary responsibility to the citizens of this Valley. Our role is to maintain and enhance the healthcare at Henry Mayo Hospital without outside influence. Knowing the MEC might be the last bastion against special interest, 93% of the voting physicians turned out to cast their ballot and overwhelmingly defeated Mr. Seaver’s attempted takeover.
Unsettled and angry, Mr. Seaver lashed out at the Medical Staff after the voting stating members were “not honorable”. This was witnessed by a Judge and captured on videotape. Accusations like this against doctors have been presented in the past to the Board of Directors, hospital Foundation, and public in order to manipulate and create bias against the MEC and the Medical Staff.
Borne out of this, an outside physician consultant was asked earlier this year to assist and improve communication amongst doctors and hospital staff. As these meetings progressed, I continually asked why the Administration’s role in lack of communication was not delineated. To no ones surprise, it became apparent in the consultant’s final assessment that blame was to be made solely against members of the MEC, disregarding any role of the Administration. So, who paid the consultant?
A Chief Medical Officer (CMO) was hired and immediately, not only were accusations made about elections, but false “Code of Conduct” allegations were being made against physicians. Recently I queried hospital nurses and they told me they were appalled when asked by Administration to report doctors for “anything” (and would testify to this in Court). So, who pays the CMO?
Finally, the Board of Directors has passed multiple “Resolutions” against the Medical Staff and the MEC. So, who pays the Board of Directors? They aren’t paid...but please read on.
As a 501(c)3 non-profit hospital, Henry Mayo Hospital must file a 990 form to the IRS concerning financial conflict of interest from Board members. Anyone can ask for this document and obtain it. Not reported on their form is the millions of dollars Henry Mayo has in the Bank of Santa Clarita where James Hicken is the President & Chief Executive Officer and Elizabeth Hopp is the Senior Vice President/Director of Client Services...both of whom are on the Board of Directors of Henry Mayo Hospital. Were any other Board members left off the form that might have financial conflict of interest? Certainly, their exclusion from this 990 form must be known to the accountants and attorneys of Bank of Santa Clarita and Henry Mayo Hospital, but what does the IRS and the California Attorney General think about this? (Please see: Is the Henry Mayo Newhall Hospital board too cozy?)
Even with the Medical Staff and MEC under a barrage of deprecating allegations, they are fiercely defending their role in protecting patient care at our hospital. Apparently questionable and threatening decision making by Roger Seaver and the Board of Directors jeopardizes the viability of Henry Mayo Hospital.
As alluded to previously on this site, the hospital knowingly has appointed a CMO whose duties and responsibilities are not listed nor defined by Henry Mayo governing documents, making us liable for sanctions from The Joint Commission (TJC) and Centers for Medicare & Medicaid Services (CMS). Not addressing recent sanctions by TJC puts the hospital at further risk, as do violation of HIPAA, “sentinel events”, and the above mentioned financial conflict of interest.
The Medical Staff, some of whom are your physicians, and the MEC need your support in their efforts to maintain quality and high standards at our hospital. We must demand honesty and transparency from Henry Mayo Hospital, and not the defaming and demeaning rhetoric we’ve seen from them in the past. Should the physicians and the public not have their demands met by Roger Seaver and Board of Directors, then maybe we will get justice from the IRS, California Attorney General, CMS, and TMJ.
As contentious as this battle is, it is one we cannot afford to lose.
Gene Dorio, M.D.
Gene Dorio, M.D., is a local physician. His commentary represents his own opinions and not necessarily the views of any organization he may be affiliated with or those of the West Ranch Beacon.
Posted by Admin at 6:48 AM 1 comment: